On Saturday, December 20th, with the holiday rush in full swing, The CVHC celebrated the season and the end of another year in grand  style at the Eastern Empire Bar & Grill in Sacramento.  Members Yvonne Cabalona, Ricardo di Bernardi, Mark Hollingsworth and Nancy, Lynne Sperry, and Leslie Rose raised a tea toast to friend and fellow member w f owen who was unable to attend.
It was a raucous gathering with much eating, much picture taking and much laughter.
The one bit of important business was the announcement that the 12th annual Jerry Kilbride Memorial 2014 English-language Haibun Contest had reached its December 1st deadline and that the entries had been sent to the judges for their consideration, and the winners would be announced by mid-January.
After sharing recent haiku, and before leaving, the date of Saturday, February 28th, 2015,  was set for the first meeting of the New Year.  It will be held again at the Eastern Empire Bar & Grill (460 Howe Ave., Sacramento, CA 95825. 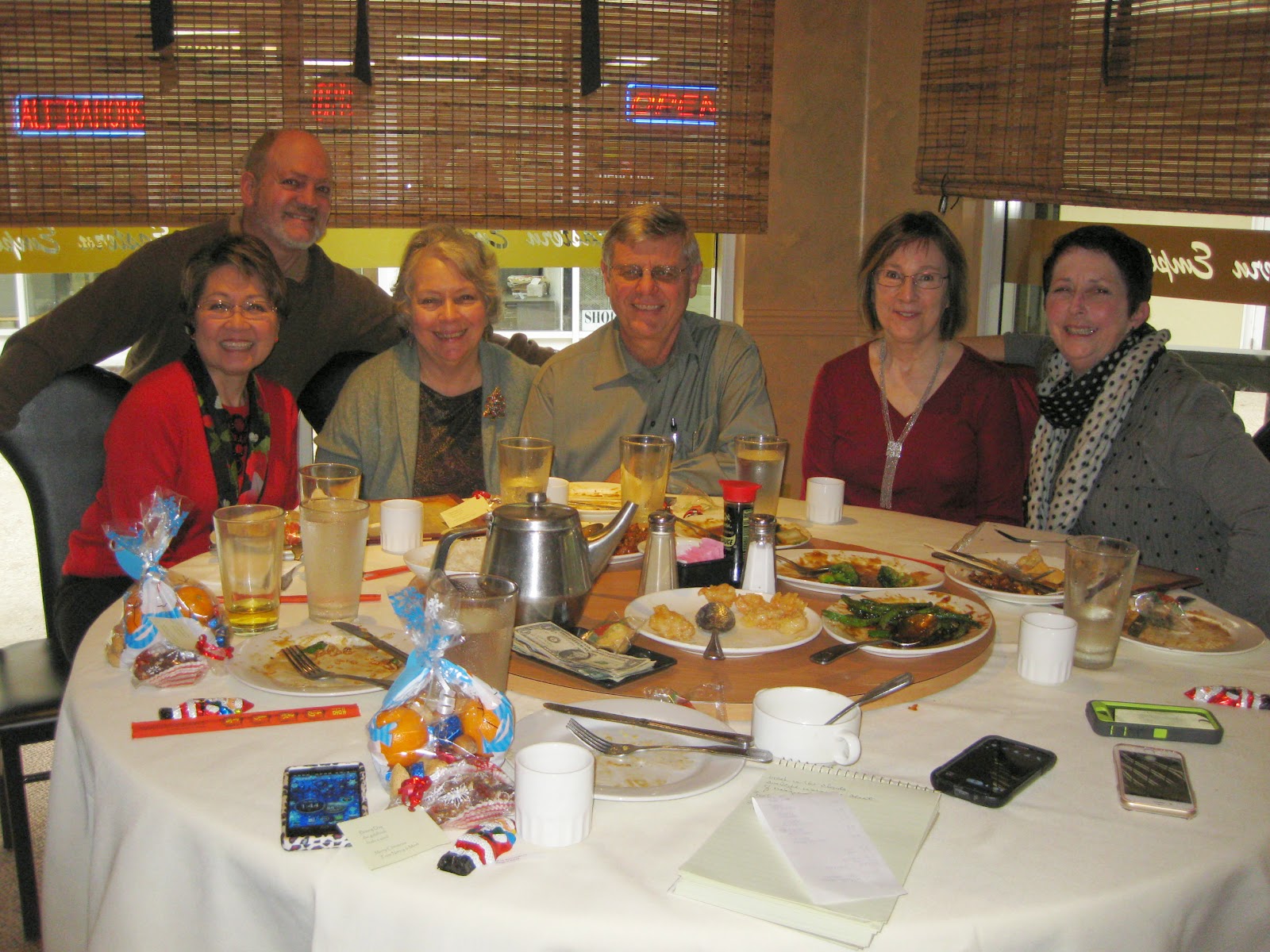 The CVHC is proud to announce that the winners of the 2014 haibun contest have been notified.  Congratulations were sent to our First Place winner, Renee Owen for her haibun entitled, “Manna”, and our Second Place winner, Terri L. French for her haibun entitled, “Out of the Hat.”  As our President, Yvonne Cabalona, said “ We thank all who entered the contest and look forward to your participation in 2015.  We appreciate all of those who continue to support this beautiful expression of prose and poetry.  Jerry Kilbride, spirited founding member and haibun mentor to the Central Valley Haiku Club would have been standing on the sidelines cheering each and every one of you for your efforts.”
We are pleased to announce that our winning entries will be published for all to read in the April CHO.  Be looking for that issue and those winning entries.
Respectfully Submitted,
Leslie Rose, CVHC Secretary